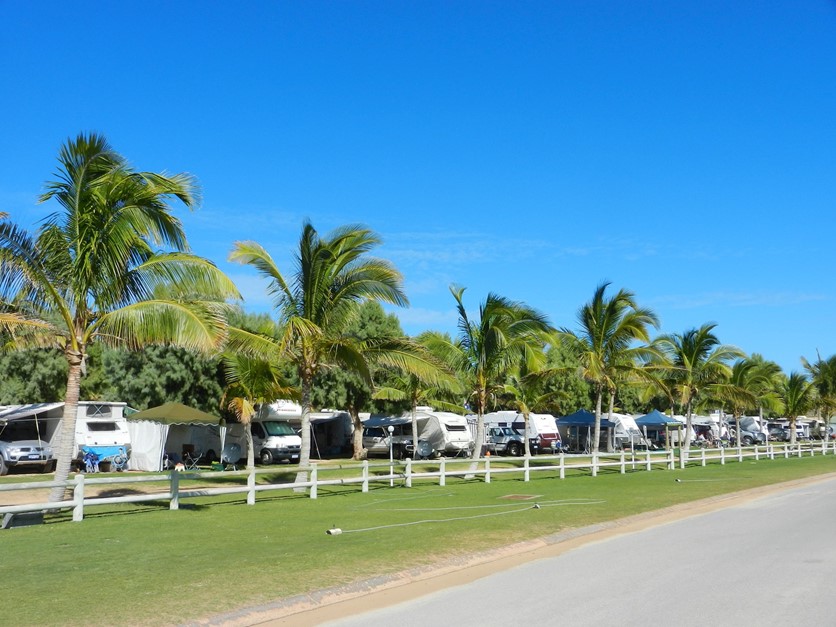 Traveling in the Australian high season

If you travel between Christmas and the end of January, you will run into considerable ‘traffic’ because of the Australian summer holidays, especially in coastal areas. The best positioned campgrounds including those at the south-eastern coast, the north of Sydney and in the south-west are pretty much fully booked. It becomes virtually impossible to go camping for a single night because most campings require a minimum stay of three nights or more. If you do happen to land a spot for 1 night, the odds are you'll be given an unpowered site; a spot without access to electricity. Now, this doesn't have to be a major problem, considering most campervans and motorhomes have a second battery that powers the refrigerator. If you have decided on a place to spend the night beforehand, you could consider to book a few camping spots prior to leaving.

It's good to know that despite our lengthy and multiple travel experiences in Australia, we cannot offer you suitable advice when it comes to choosing campgrounds in the high season. This is especially true for places in the southeast and the east of Australia. We often get asked this question, but we remain just as oblivious as to what campgrounds do or do not have an available spot. In our experience, campgrounds away from the coast often have a spot left if you make a timely appearance. Especially if you travel in the high season (or during the Easter holidays), the later you arrive at a campground in a popular region, the smaller the odds of getting a spot because in the late afternoon many other competing travelers/campers will be out hunting for a spot as well.

Another disadvantage of traveling in the listed periods are the prices. Camping accommodation is more expensive than in other months, the same applies to all sorts of attractions and sights along the way. It appears that many travellers are not aware of the high prices and the many tourist crowds. It is remarkable that many intend on traveling in the high season, but at the same time convey to us that they would like to do so at the lowest price possible. A nearly impossible combination in the months of December and January. If your travel budget is limited, we highly recommend that you go traveling outside of the high season. Most camper suppliers charge lower fees starting from February. The months of May and June are the low season when it comes to 2WD campers.

Do you want to travel through Australia in December and January? Then keep in mind that early in the year prices for campervans and motorhomes can be set pretty high, given how many travelers who book their flights after ticket prices get released also book their desired camper.

In short, if you're flexible when it comes to dates, if your budget is limited and you don't feel like being hindered by large tourist crowds, it is best to just travel outside of the months of December and January.